Automatic Diaper Machine News
Hundreds of billions of business experience are hidden in a small sanitary napkin. According to the results of the seventh national census, the national population is 1.411 billion, and the number of women is 688 million. Combined with the data that the
YOUR POSITION:HOME > Industry News >

Hundreds of billions of business experience are hidden in a small sanitary napkin.

According to the results of the seventh national census, the national population is 1.411 billion, and the number of women is 688 million. Combined with the data that the "15-59-year-old population" accounts for 63.35% of the total population, it is roughly estimated that the school-age women who need to use sanitary napkin products are about 436 million people. Even if the per capita monthly consumption is only 20 yuan, the annual sales of this market can reach 100 billion yuan.

Surprisingly, this 100-billion-dollar industry has only been developed in China for only 40 years, far less than that of European and American countries. As a high-frequency and just-needed consumer product, how did sanitary napkins accelerate in China and achieve a hundred billion industry? 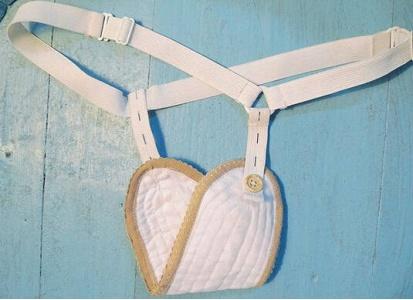 From 0 to 1, the awareness of female sanitary napkins is awakened

Before the 1980s, menstrual belts were generally used by domestic menstruating women, that is, put some cotton wool, shredded paper and other absorbent materials on the cloth strips, plus a long narrow belt, which can be tied around the waist and used directly.

However, the price of this kind of straight sanitary napkins is relatively high, reaching 70 cents/pack, which is far more than four times the price of paper at that time. You must know that the price of pork at that time was only 6 cents/catties. It is simply impossible for domestic women to spend nearly 10 yuan a year to buy it. As shocking as this may sound, sanitary napkins, which are now 96% popular, were struggling at the time.

To change all this, we must start with Hengan Industry.

However, the development of Anle in China in the early days was not as smooth as expected.

At that time, due to the fact that all the raw materials used in sanitary napkins depended on imports and the lack of foreign exchange quota support, the cost of Anle was much higher than the cost of sanitary napkins produced by state-owned factories, and the price had to be increased to 9 cents per bag.

7 cents is still difficult to popularize, and 9 cents has made many people stop.

Since its production, Anle sanitary napkins have been in trouble for a while, and the factory suffered serious losses. As a result, Xu Lianjie could not even pay the wages of employees in that year, and he still borrowed money from door to door on the street.

Opening the bow without turning back the arrow, Xu Lianjie made an amazing move the following year. He did not hesitate to spend 30,000 yuan to buy the in-film advertisement of the hit Hong Kong drama "The Eight Immortals Crossing the Sea".

This move successfully made Anle popular all over the country, and the supply was in short supply. Since then, Anle has not only occupied 70%~80% of the market share in Shanghai, but also gradually expanded to small and medium-sized cities. By 1991, Anle had a market share of over 40% in the national sanitary napkin market and had become the number one domestic sanitary napkin category.

But soon, Hengan ushered in a competitor.

During the period of 1991-1997 alone, brands such as Procter & Gamble's "Hushubao", Kao's "Leerya", Kimberly-Clark's "Gorges" and Unicharm's "Sophie" entered the Chinese market one after another. With advanced technology and management experience, these foreign brands quickly gained a place in the domestic market.

Taking Hushubao as an example, after entering China, it not only spent a lot of money on advertising, but also laid out channels and launched products on a large scale. By 1998, the status of Hushubao in the minds of Chinese female consumers had surpassed Anle to become the first. In 2000, the market share reached 53.5%, ranking first in the market.

The encirclement and suppression of foreign companies seemed to be a common phenomenon for domestic consumer brands at that time.

But in China, there is never a shortage of opportunities for the Jedi to strike back. In the face of strong foreign brands attacking their territories, local brands responded quickly to deal with the crisis. Therefore, even if the former dominates the domestic market, there are still a number of local brands that have grown up.

For example, brands such as Jieting, which was born in 1997, ABC of Guangdong Jingxing, which made its fortune in small and medium-sized cities in 1998, and "Free Point" of Chongqing Baiya all appeared at that time.

One is to deeply cultivate the sinking market and use the second and third tier cities to break through the rise, especially ABC. 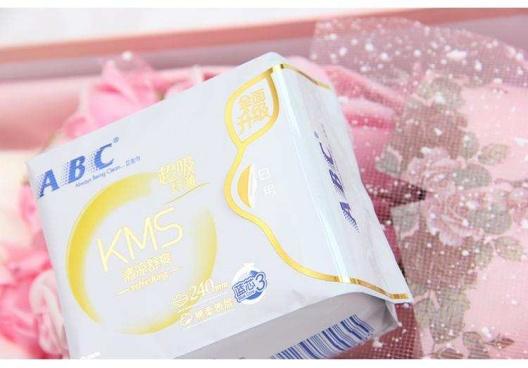 When Deng Jingheng established ABC, foreign brands had already taken advantage of capital and systems to occupy large supermarkets in first- and second-tier cities. Because of this, since the establishment of ABC, it has directly pointed to the expansion of small and medium-sized cities with the weakest foreign brand channel layout, and seized the territory of third- and fourth-tier cities. Subsequently, ABC directly signed agency contracts with convenience stores, small supermarkets, and even canteens with a 10% higher agency profit than Hushubao to counterattack first-tier cities.

By the time Hushubao became aware of it, ABC had grown into the fourth sanitary napkin brand in the country, with a 10% share of domestic mid-end stores.

The other is the demand for consumption upgrades, and the sanitary napkin market is constantly subdivided.

In fact, as early as when Anle was firmly ranked first in the industry, Xu Lianjie predicted the future crisis in the sanitary napkin market, and in 1993, he invested heavily in introducing the most advanced equipment from Japan to design a wing-type sanitary napkin—— Anleer focuses on the high-end market. In this regard, industry professionals generally believe that the birth of Anerle has shortened the production technology of domestic sanitary napkins and the international level by 20 years.

When foreign companies were under siege, Hengan also launched the "Seven Degrees of Space" series in 2002 in addition to the original brand, marking the product characteristics of "girly" through bright packaging and animated images, mainly focusing on young female consumer groups. The original brand "Anerle" focuses on newcomers in the workplace. 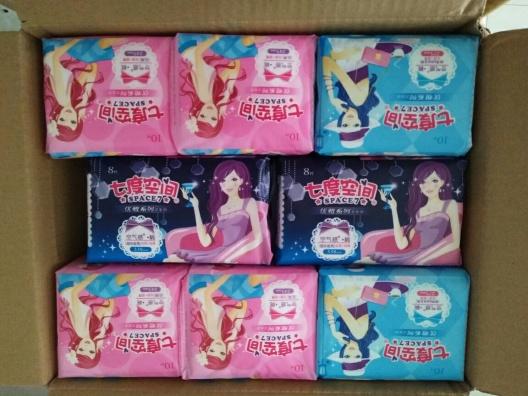 Soon, Qidu Space became popular among young female consumers, becoming not only Hengan's sub-brand with the highest profit margin, but also the most popular sanitary napkin brand in China. At the same time, this is also the first time that the sanitary napkin market has made a population segmentation. After this, ABC, which is also a domestic brand, also began to launch a new brand "Free", mainly targeting young consumers.

Through sinking and continuous market segmentation, domestic brands have regained consumers from foreign companies. In 2015, the top five brands in the domestic sanitary napkin market share were Qidu Space with 18%, Hushubao with 15.6%, ABC with 10.8%, Sophie with 9.8% and Leerya with 7.5%. Indistinguishable.

Digging deep into the subdivisions, who will leverage the 100 billion sanitary napkin market?

When the game between Chinese and foreign old brands is in full swing, a number of Internet sanitary napkin brands are quietly emerging.

Unlike old brands that mainly target mass consumers, these Internet brands focus on the high-end market with great potential, and are committed to the improvement of user experience and services.

The unique positioning also made Qinglife have a significant impact for a while. Its online sales in 2016 exceeded 30 million yuan, and the user repurchase rate reached 33%.

Taking the light luxury positioning NONOLADY as an example, its small black towel series not only adopts an all-black body to break the solidified cognition in the traditional sanitary napkin market, and creates a new form of sanitary napkin products, but also uses more absorbent polymer materials. In order to change the previous problems of sanitary napkins such as poor water-locking absorption capacity, insufficient design, and weak comfort.

It is these product upgrades and innovations that make NONO's average annual orders reach 90 million to 100 million yuan.

In addition, Internet brands have also begun to diversify the functions of sanitary napkins.

Taking Shu Shan as an example, from the beginning of relying on e-commerce to enter the domestic market, the brand has advocated the concept of "traditional Chinese medicine to treat uterine cold", emphasizing that the product can treat the culprit in gynecology, and directly hit the pain points of consumers who are deeply troubled by dysmenorrhea.

Especially after many domestic sanitary napkin brands were exploded with fluorescent agents in 2014, consumers have become more and more strict with the safety requirements of sanitary napkin products. Therefore, Shu Shan’s emphasis on the safety of traditional Chinese medicine and the statement that it does not contain fluorescent agents has allowed her to enter the Chinese market 10 It exceeded 100 million yuan in a month.

It is worth noting that on the road of product upgrades and subdivision tracks being tapped, old brands will naturally not sit still.

In addition to local brands like ABC, which use the crowd as a breakthrough for market segmentation, most foreign brands focus on product upgrades and adjustments and subdivide product categories.

For example, Hushubao launched liquid sanitary napkins earlier, breaking the shackles of traditional cotton velvet materials and bringing users a new experience; and Sophie, who is also not to be outdone, also launched the first pant-type sanitary napkin "Super Sleeping Pants". It aims to solve the problem of menstrual girls' sleep anxiety.

Of course, while the brand continues to dig deep into the subdivision of the track, there are also many overturns.

Last year, Sophie launched a heat-generating sanitary napkin. The official said that the sanitary napkin uses Japanese black belly warming technology, which can not only promote blood circulation and warm the lower abdomen, but also add mugwort essence and ginger essence, which have health benefits. The product has passed the Japanese cosmetic grade skin test, no low temperature burns, no irritation. In short, it can maintain health and generate heat, which is a new innovation in the category of sanitary napkins.

But the fact is that this sanitary napkin was criticized for various reasons such as length, temperature, and taste. At that time, the related topic of #girls complaining about being scalded by using Sophie's hot sanitary napkins was read more than 130 million times, and it was criticized as "design in the underworld". ".

Although the official response after this indicated that it was due to differences in individual physiques, and the subsequent launch of "light warmth" and "strong warmth" for different skin sensitivities, due to the lack of specific reference values, consumers are in Confusion still occurs when purchasing.

In this relatively stable market of 100 billion yuan, it still has the potential to segment the market.
Sanitary napkins