A well-known brand of diapers is under investigation

Recently, the Weibo account "Lawyer Deng Gaojing" released a message saying, "P&G's suspected publication of illegal advertisements has been investigated." In response, some media asked the Guangzhou Huangpu District Market Supervision and Administration Bureau for verification. Indeed, a case was filed for investigation on March 28 this year."


Looking back at the whole incident, on March 13 this year, the WeChat public account "Procter & Gamble Member Center" released "Women's foot odor is 5 times that of men? If you don't believe me, smell it now! ” article, which caused complaints and rebukes from the majority of consumers.
Although the above-mentioned article has been deleted, the matter still sparked extensive discussions on social platforms. On March 24, related topics such as #裏格# also reached the fourth place on Weibo’s hot search. Many netizens believe that P&G's articles are suspected of insulting women and sexism. Subsequently, P&G China issued an apology statement on its official Weibo account.

The follow-up of the well-known diaper brand "Procter & Gamble"


However, the matter did not end with P&G's apology. On March 26, the Weibo account “Lawyer Deng Gaojing” posted a Weibo saying, “P&G’s article is suspected of violating the Advertising Law, and the Guangzhou Market Supervision Bureau is requested to impose a fine on Guangzhou Procter & Gamble Co., Ltd.”.
After that, on April 7, the lawyer posted on Weibo again, "Following the call on March 31 to inform me that the case has been filed, the Huangpu District Government of Guangzhou just sent a text message to officially inform: An investigation into the suspected publication of illegal advertisements by Guangzhou Procter & Gamble Co., Ltd. (Suihuang Case [2022] No. 00096), the case is being handled, and the results will be announced to the public after the case is handled.”
In this regard, some media immediately asked the Guangzhou Huangpu District Market Supervision and Administration Bureau for confirmation, and the relevant staff said, "It is true that Guangzhou Procter & Gamble Co., Ltd. has been placed on file for investigation on March 28, and the reason is the previously released "Women's Foot". The smell is 5 times that of a man? If you don't believe me, smell it now!" The staff member said that the case is currently under investigation.
It is worth mentioning that as early as March 28, some people in the industry discovered that the WeChat official account of “P&G Member Center” had been cancelled, and the account showed that the official account had entered the freeze period of voluntary cancellation, and the function could not be used.

According to public information, Procter & Gamble (Procter & Gamble, P&G) is a multinational consumer daily necessities company originating from the United States. It entered the Chinese market in 1988. Its best-selling sanitary products include Pampers baby diapers, Hushubao sanitary napkins, and Danbis sanitary napkins. Article etc. The headquarters of P&G Greater China is located in Guangzhou, and there are many branches and factories in Guangzhou, Beijing, Shanghai, Chengdu, Tianjin, Dongguan and other places.
Procter & Gamble.png 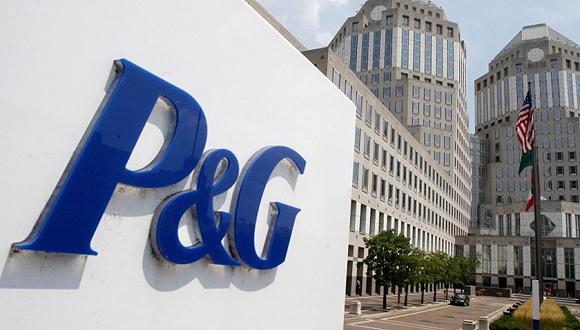