Adult & Baby Diaper Machine,Sanitary Napkins Production Line Blog
With the continuous progress of science and technology and the rapid development of modern production, the role of machinery and equipment as an important factor in determining product production is becoming more and more obvious. lady diaper machine Du
YOUR POSITION：HOME > Blog >

With the continuous progress of science and technology and the rapid development of modern production, the role of machinery and equipment as an important factor in determining product production is becoming more and more obvious.  lady diaper machine During the use process, different degrees of wear, fatigue, deformation or damage will inevitably occur. With the extension of time, their technical status will gradually deteriorate, and their performance will decline. As an important part of equipment management, equipment maintenance is an important guarantee to prolong the life of the machine, ensure the normal operation of production, and prevent accidents. Through the study of failure, it is found that most machinery has a similar failure rate curve. This failure curve is often referred to as the bathtub curve. According to this failure curve, the change of  lady diaper equipment failure rate with time can be roughly divided into early failure period, occasional failure period and wear-out failure period. 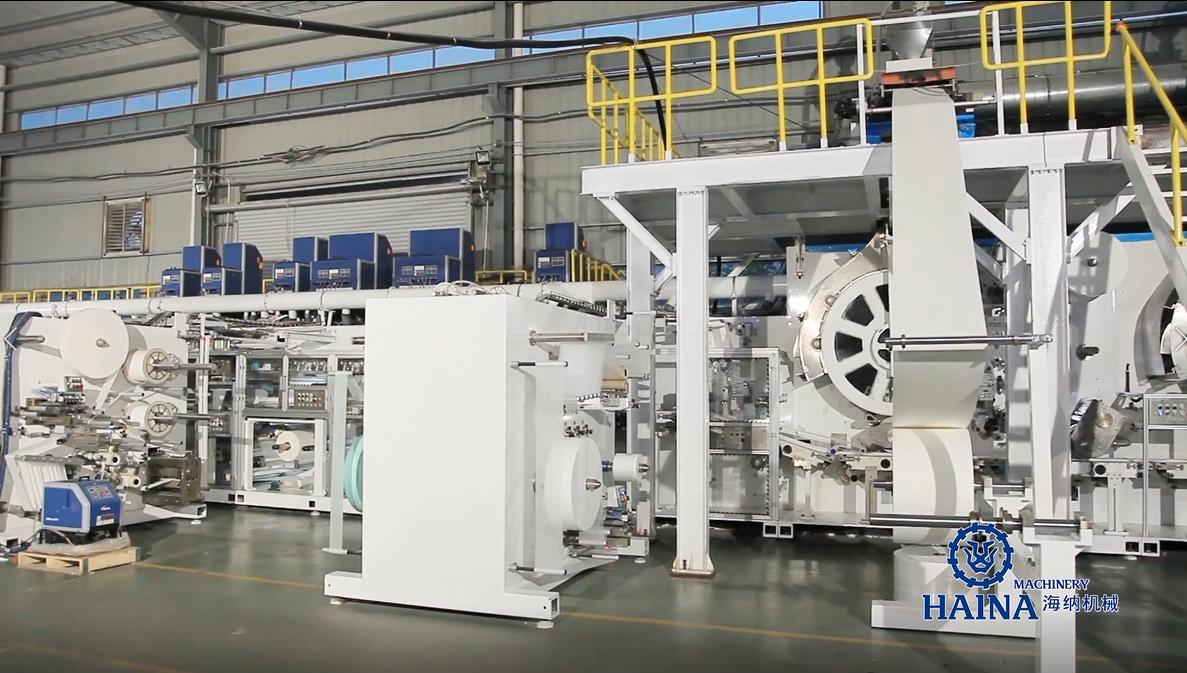 During this period, the failure is random, and its failure rate is stable, which is the normal working period or the best state period of the machine. Due to design, improper use, improper use and poor maintenance. Failure rates can be reduced through improved design quality, improved management and maintenance. Failure rates are on the rise due to component wear, fatigue, aging and corrosion. It is therefore believed that the failure rate can be reduced economically and effectively if the overhaul is carried out at the beginning of the wear-out failure period.

With the development of science and technology, a large number of new technologies and new materials continue to emerge, especially the wide application of electronic technology and automation technology,  lady diaper equipment is developing in the direction of precision and automation. The structure, relationship and environment of each work unit are becoming more and more complex, which brings new problems to the maintenance work.

It has been found through research that some equipment equipped with modern technology has a failure law that deviates from the bathtub curve. After nearly 30 years of research, the  lady diaper machine failure rate has five cases in addition to the bathtub curve.